TESLA IS STILL DOMINANT, BUT ITS U.S. MARKET SHARE IS ERODING AS CHEAPER EVs ARRIVE

Written by Michael Wayland & Lora Kolodny from CNBC
Tesla is still the top-selling electric vehicle brand in the U.S., but its dominance is eroding as rivals offer a growing number of more affordable models, according to a report Tuesday by S&P Global Mobility. 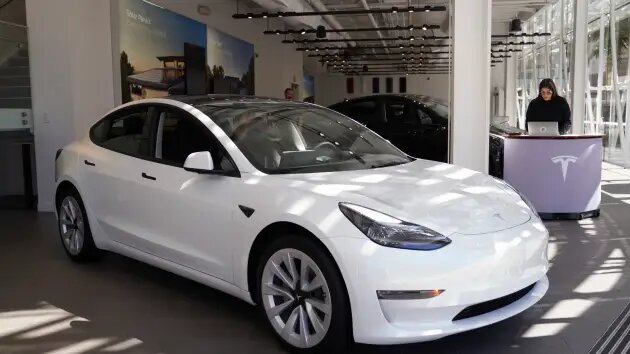 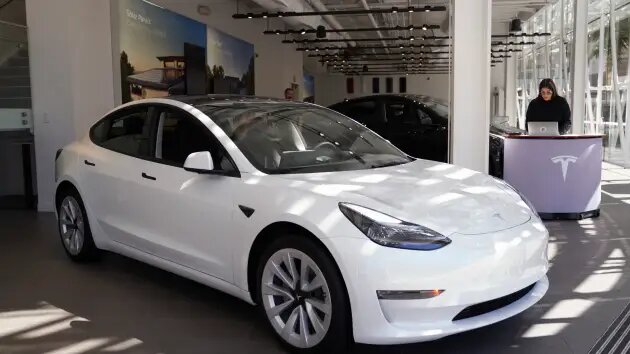 A Tesla Model 3 vehicle is on display at the Tesla auto store on September 22, 2022 in Santa Monica, California. Tesla is recalling over 1 million vehicles in the U.S. because the windows can pinch a person’s fingers while being rolled up.
Allison Dinner | Getty Images
The data firm found that Tesla’s market share of new registered electric vehicles in the U.S. stood at 65% through the third quarter, down from 71% last year and 79% in 2020. S&P forecasts Tesla’s EV market share will decline to less than 20% by 2025, with the number of EV models expected to grow from 48 today to 159 by then.
​​​​​​​
A drop in Tesla’s U.S. market share was expected, but the rate of the decline could be concerning for investors in Elon Musk’s autos and energy company. As Musk focuses attention on fixing his recently acquired social media company, Twitter, Tesla shares closed down by about a point to $180 on Tuesday. Tesla’s stock has declined by almost half year to date.
S&P reported that Tesla is slowly losing its stranglehold on the U.S. EV market to fully electric models that are now available in price ranges below $50,000, where “Tesla does not yet truly compete.” Tesla’s entry-level Model 3 starts at about $48,200 with shipping fees, but the vehicles typically retail for higher prices with options.

“Tesla’s position is changing as new, more affordable options arrive, offering equal or better technology and production build,” S&P said in the report. “Given that consumer choice and consumer interest in EVs are growing, Tesla’s ability to retain a dominant market share will be challenged going forward.”

The new data follows a Reuters report Monday that Tesla is developing a revamped version of its entry-level Model 3 aimed at cutting production costs and reducing the components and complexity in the interior.
During the company’s third-quarter earnings call in October, Musk said Tesla was finally working on a new, more affordable model that he first teased in 2020.

“We don’t want to talk exact dates, but this is the primary focus of our new vehicle development team, obviously,” he said, adding that Tesla had completed “the engineering for Cybertruck and for Semi.”

He described the future vehicle as something “smaller,” that will “exceed the production of all our other vehicles combined.”
Stephanie Brinley, associate director of AutoIntelligence for S&P Global Mobility, noted that Tesla’s unit sales are expected to increase in coming years despite the decline in its market share.

Tesla’s current leadership in EVs is over a relatively insignificant market. Despite the amount of attention surrounding EVs, sales of all-electric and plug-in hybrid electric vehicles — which include electric motors as well as an internal combustion engine — remain miniscule.

The majority of the EVs registered through September — or nearly 340,000 — were Teslas, according to S&P. The remaining vehicles were divided, very unevenly, among 46 other nameplates.

But Tesla’s success in the market as well as government incentives have all but forced traditional automakers to make an effort in the growing EV segment.

The Ford Mustang Mach-E, ranked third in EV registrations, is the only non-Tesla vehicle in the top five rankings, S&P said. Those EVs were followed by the Chevrolet Bolt and Bolt EUV, Hyundai Ioniq 5, Kia EV6, Volkswagen ID.4 and Nissan Leaf.

S&P noted that the growth in EVs is largely coming from current owners of Toyota and Honda vehicles. Both of the automakers are well-known for fuel-efficient vehicles but have been slow to transition to all-electric models.

To help curb carbon and other emissions from traditional gas-powered vehicles, several states and the federal government are encouraging the transition to fully electric vehicles with incentives such as tax breaks.

Transportation is responsible for 25% of carbon emissions from human activity globally, according to estimates by the nonprofit International Council on Clean Transportation.
Back