ONE MORE TIME - EVs AND THE FEDERAL TAX CREDIT

By Steve Hanley from CleanTechnica
Changes to the federal tax credit for electric vehicles have introduced lots of new provisions. Here’s what we know so far. 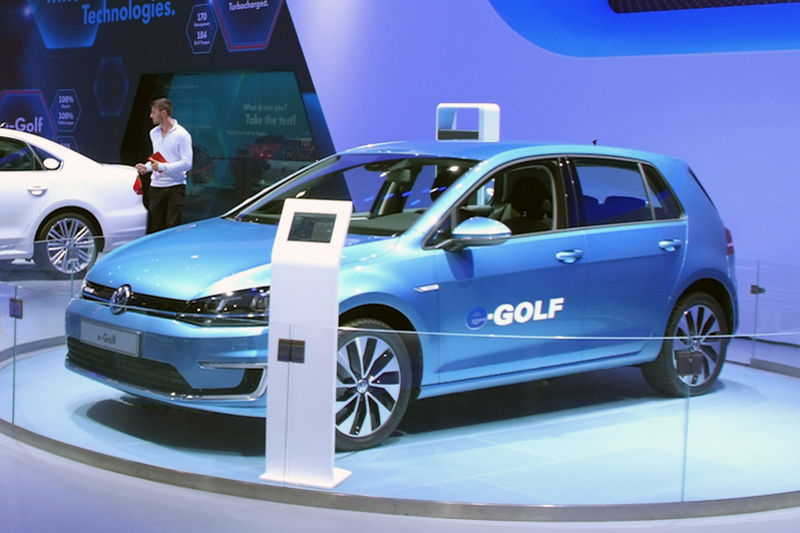 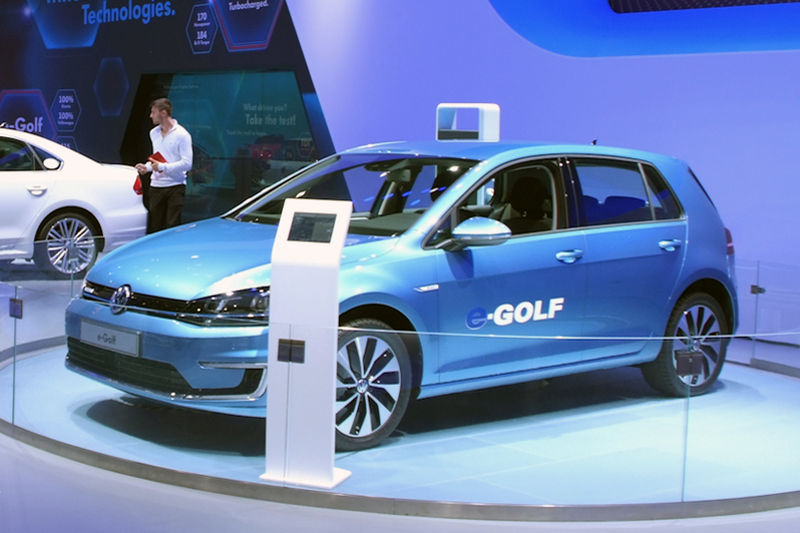 Volkswagen e-Golf electric car exhibited at the 2013 Greater Los Angeles Auto Show Photographed by Mariordo (Mario Roberto Durán Ortiz) from Wikimedia Commons.
There is much confusion about the federal tax credit for EV buyers in the US, so let’s try to clear things up. All the cars that were eligible for the federal tax credit on August 16, 2022 when the Inflation Reduction Act was signed into law will still be eligible up to December 31, 2022. Just note that all the companies that lost their eligibility for the federal tax credit prior to August 16, 2022 are still excluded by the new law. But there’s one notable provision that’s different.

“If you purchase and take possession of a qualifying electric vehicle after August 16, 2022 and before January 1, 2023, aside from the final assembly requirement, the rules in effect before the enactment of the Inflation Reduction Act for the EV credit apply (including those involving the manufacturing caps on vehicles sold),” the Internal Revenue Service says.
There’s a kicker in there. See where it says “aside from the final assembly requirement?” That part was added by the IRA. So, for the rest of this year, in order to be eligible for the federal tax credit, a vehicle must meet the requirements of the prior law and pass the “final assembly” test as well. For a full list of the models that meet both requirements, see the guidance from the Department of Energy.
The DOE page includes a link to a VIN decoder tool that can help identify where final assembly took place.
Electric car models from Tesla, General Motors, and Toyota are not eligible for the federal tax credit the rest of this year, but will be eligible again starting January 1, 2023 — if they meet the final assembly test.

A Two-Part Federal Tax Credit
There are several limits on the tax credit beginning January 1, 2023. The maximum sale price of cars is $55,000. SUVs, light duty trucks, and vans are limited to $80,000. There are also limits on the income of the buyer. Jeff Bezos doesn’t need help from US taxpayers to buy a car. The focus of the new law is to give more assistance to those who need it most.
According to The Street, the new tax credit is really two $3750 credits. Keeping in mind the “final assembly” rule, electric cars will be eligible for a $3750 credit if 40% of the battery materials come from the United States or a country having a free trade agreement with the United States. Another $3750 credit is available if at least 50% of the battery components come from the United States or from countries with a free trade agreement with the United States.
At this point, people of discernment will want to know what countries have free trade agreements with the US. Here’s the list: Australia, Bahrain, Canada, Chile, Colombia, Costa Rica, Dominican Republic, and El Salvador. The government is in the process of formulating the rules that will govern all of these various parameters before January 1, 2023 arrives. For transactions completed in 2023, buyers will have to wait until they file their 2023 federal tax return to get the benefit of the credit. Keep in mind this is a nonrefundable tax credit. If you owe no taxes, you receive no credit. If you owe some taxes, you get a partial credit and you can’t carry over any unused portion to subsequent tax years.

More Changes In 2024
There is a major change coming in 2024. After January 1, 2024, the federal tax credit can be applied directly at the point of sale if the vehicle is purchased from a dealer. Will this apply to Tesla or Rivian, who have no dealers? We can’t answer that question yet. It will depend on how the regulations are crafted.
What we know: Buyers will be allowed to transfer their tax credit to a car dealer. A dealer would get an advance payment of the consumer’s tax credit from the federal government. As a result, CNBC says, consumers can likely receive the full tax credit at the point of sale from the car dealer as a discount on the sticker price or a reduction in the vehicle’s down payment. Customers can get that discount even if they don’t have a tax liability.
“It makes the credit much more valuable to people, especially people who are of moderate income and don’t have a lot of money sitting in their pockets for the down payment,” Joe Levine, executive director of Plug In America, tells CNBC.
The upshot of all this is that lower-income buyers may get an advantage if they wait to purchase an electric car in 2024, which seems counterproductive if the objective is to jump start EV sales as soon as possible.
The Used Car Credit
The new law also provides a $4,000 tax credit for qualifying used cars. Once again, the credit is only available for transactions that take place between a buyer and dealer. The final assembly, battery materials, and battery components restrictions do not apply. However, there are limiting factors.For a complete list of the 15 cars Leaf Score thinks will be eligible, follow this link.
There are eligibility criteria for the buyer as well as the EV. Under the new rules, you can only claim the used EV tax credit once every three years. There are also income limits. Taxpayers filing singly are limited to an income of $75,000 or less in the year of purchase or the preceding year. For heads of household, the income limit is $112,500. For joint filers or a surviving spouse, the income limit is $150,000.
The Tax Credit Takeaway
While electric car advocates are thrilled that the federal tax credit rules have been changed to make more cars potentially eligible, the mumbo jumbo about restrictions and eligibility will be unintelligible to most people who are not Rhodes scholars. Then there is the question of whether dealers will simply jack up the prices of new and used cars so most of the new benefits flow to them rather than buyers.
Another unknown is how those rules and regulations may change to accommodate major US trading partners like South Korea and Germany who are quite unhappy that they have been frozen out of the new playing field. Adjustments will inevitably be made to address their concerns.

In the final analysis, the smart move may seem to be to simply wait until 2024 to buy a new electric car, but that assumes that chariot you fancy meets the final assembly and battery materials/components requirements, which have yet to be agreed upon. One positive about the new rules is that consumers will soon know a whole lot more about the origin of their electric cars than ever before.
I confess: after writing this, I am dazed and confused by all the requirements. Their complexity will inhibit some people when it comes time to decide what car to buy. A simple rebate would have been a lot more effective at motivating people to buy today rather than waiting.
When it comes to electric car incentives, the Inflation Reduction Act is a half a loaf proposition, but it is better than what preceded it in several important ways. It could have been better but given the nature of politics, it is the best we could hope for at this particular time in America.

About the Author (From CleanTechnica)
Steve writes about the interface between technology and sustainability from his home in Florida or anywhere else The Force may lead him. 3000 years ago, Socrates said, "The secret to change is to focus all of your energy not on fighting the old but on building the new." Perhaps it's time we heed his advice.
Back